Sparks in the prisons 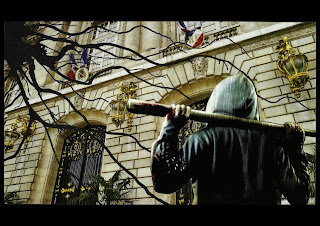 Prison is a continuous torture and summer only worsened it. Moreover, there’s the overcrowding of the French prisons and the strikes of the screws at the end of the spring. In the beginning of May, there were about 68.000 prisoners in France (this number, the highest ever, says a lot about the war State and Justice are waging against the poor). All this in prisons made to lock up 57.300 inmates, as to say that on the average, there are 120 prisoners piled up in spaces foreseen for 100. Moreover, the “strikes” of the screws (who since they do not have the right to abstain from their disgusting work, block the entrances of the prisons during their time off) reduce or lift visits, activities and walks, delay the canteen etc. To put it shortly: it’s the prisoners who are (again) paying when the dogs are nag about some crumbs. Of course the solution isn’t more place in prison, nor better conditions, nor more screws or better paid screws. The revolts in prison are most often sparked by demands for partial improvements (transfers, better detention conditions, access to alternative measures etc.) or by punctual abuses. But one should not forget that prison itself is an abomination and that the only solution is the destruction of prison. And lately, be it starting from demands and partial objectives, some prisoners have started doing it.

Summer began with the dreary normality of suicide. The 14th of June, a man hung himself in the prison of Nantes (the fourth person in three months over there); a prisoner in Baumettes (Marseille) finishes the same way on the 8th of July. In Bois-d’Arcy, the 6th of August, a young man of 29 years old hung himself. The 29th of July, “natural death” of a prisoner in Béziers: he fell from the stairs and wasn’t taken care of. But there were also those who aim their hate against the nearest of those who are responsible for their imprisonment. First of all (as far as we know), a prisoner takes a small revenge against a screw of Saint-Quentin-Fallavier, taken hostage during an hour with a razor blade. Saturday the 20th of July, in Moulins-Yzeure, a man take a screw hostage with a nicely sharpened kitchen knife. This guy, recently transferred from Roanne where he was suspected of preparing to escape, wants to see his wife and be transferred elsewhere. And then again on the 14th of August, in Ensisheim: a prisoner take a screw hostage because they refused him medical care. In Porcheville, in the EPM (prison for minors), three adolescents locked up in this penal colony for youngsters gave their friendly regards to the guards for nothing less than freedom. The 5th of August, they hit and tied down a guard, and locked him up in a trash room. Then they tried to escape via the roof, but unluckily, they were arrested. Two prisoners of Meaux had more luck. On the 24th of June, during a sports activity outside of the prison, they managed to get the guards of the SPIP off their backs and ran away. Two days later, a prisoner manages to escape from the court house in this same city by mixing up with the persons who came to assist to the spectacle of Justice. He was condemned for theft and just got 5 years of prison…

In August, temperature rose even more. On Thursday, 1st of August, in Bourg-en-Bresse, about twenty prisoners revolt. They irrupt in a wing of the prison and destroy everything, in particular the surveillance cameras and the water pipes, which floods two floors. The kick off for this uprising was the especially authoritarian behavior of a screw and the fact that the Judges for the Application of the Punishment (who decide on conditional releases etc.) are very strict. On Monday the 19th, in Blois, an umpteenth “suspicious death” of a prisoner. About sixty prisoners rise up and destroy a part of the prison. They also get other prisoners out of their cells. The super-screws of the ERIS (special anti-riot squad) crush the revolt, but the prison was quite damaged and had to be partially evacuated. To continue, on Tuesday the 20th, in Châteaudun, about twenty prisoners attack computer surveillance room of the prison and try to burn it down. Then they climb up the roofs and throw stones to the guards. Next day, in the afternoon, another thirty prisoners try to break out from the walk to reach the outer perimeter. It took the ERIS, who were present since the day before, three hours to “restore calm” (with flashball, tear gas and de-encirclement grenades…). About twenty prisoners are transferred to other prisons and the Penitentiary Administration, fearing that the revolt would spread to all the 590 prisoners, calls in reinforcements from Paris, Rennes and Dijon. In the morning of Thursday 22nd, in Bois-d’Arcy, a prisoner becomes unwell and the doctor doesn’t come. To protest, about twenty prisoners refuse to return to the cells after the walk till the ERIS arrive. Still the 22nd, it’s the turn of the prisoners of the Administrative Detention Center (for clandestine immigrants, CRA) of Mesnil-Amelot. One of them is brutally beaten up by the cops when he tried to jump over a fence to get a football back. The others start to hit a fence, which breaks down. The cops react with sticks and tear gas. Later on, on two spots in the Center, fires were lit: one person is arrested, all the others are blocked on the yard. And the summer ends (for the moment) good: with a nice escape! In the night of Friday the 30th of August, eleven prisoners of the CRA of Vincennes manage to saw through the bars and run away.

The uprisings of August show us that the determination of a few persons may bring about concrete results, like putting the prison of Blois in a state of “insecurity” (as a screw said). To this rebellions, the Penitentiary Administration answers with isolation, violence, indictments and transfers.

And we, enemies of the prison, outside? The courage and the determination by which the rebellious prisoners revolt call for our concrete solidarity. But then, our hate for the prisons and everything that makes them exist can’t limit itself to giving echoes to the revolts inside the walls. Everyone of us has a thousand reasons to despise prison and can find his own temporalities and own means to attack the machine of imprisonment. If we do not have the strength to attack directly these disgusting walls, then let’s think about the fact that prison is not only those walls. The guards do not stop being hangmen when they take off their uniforms. That’s maybe what those anonymous persons said to themselves when they vandalized six cars on the car park of the personnel of the prison of Gasquinoy (Béziers) on the 25th of May 2013, or those who burned four cars of guards just next to the prison of Ploemeur on the 25th of October 2012. That’s maybe what those who broke, at the end of January and in the beginning of February, the windows of two offices of the CGT in Paris, an union which apart from other disgusting things federates the screws. And how forget all those companies who fill their pockets by making the prisons work, for example by bringing the food, by catering, by cleaning, by maintenance, by exploiting the labor of prisoners etc. And there are also the companies who build prisons (and sometimes remain owners of the prison while renting them to the State). Attacking all these things could be far more easy than targeting the prisons directly, and also give some problems to those who imprison. That’s maybe what the anonymous persons said to themselves when on the 15th of April 2013, they attacked Eiffage, one of the main constructors (and sometimes owner) of prisons. An arson against construction engines, in Pontcharra-sur-Turdine, caused about 500 000 Euros of damage to this vulture. These are some examples of how anybody can fight against prison.

In solidarity with the uprisings inside, if there are; but foremost, and all the time, for a world of freedom. 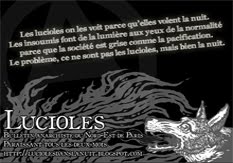